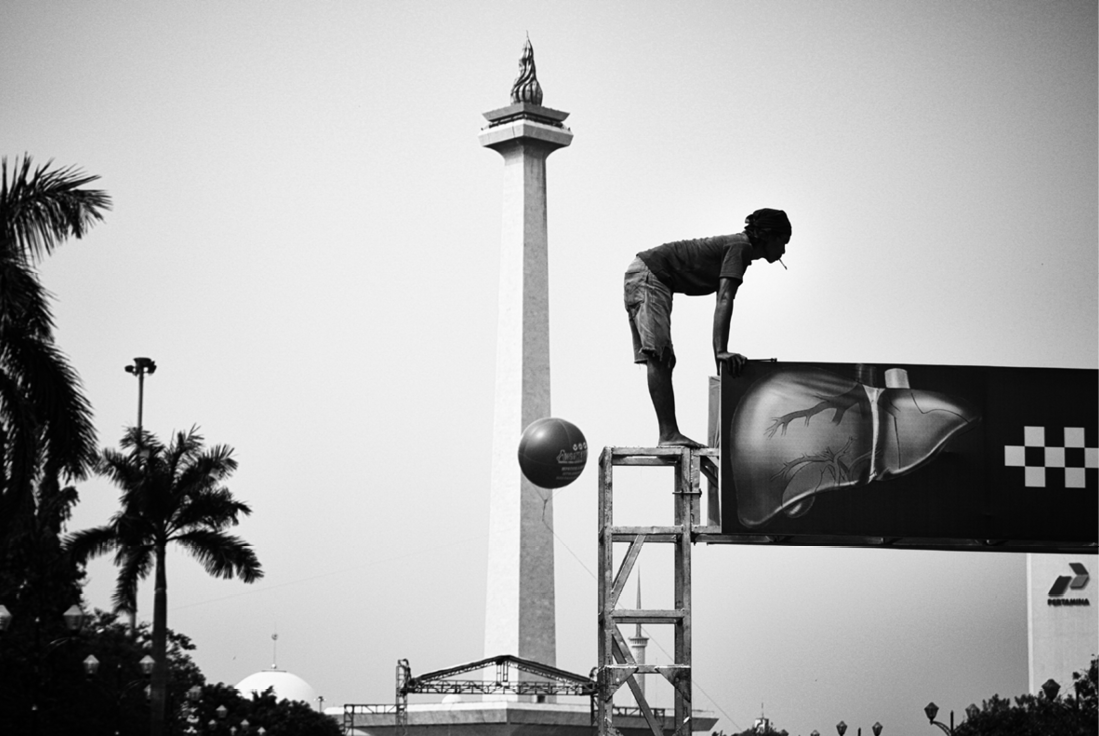 Indonesia’s capital city was officiated on June 22, 1527. It is internationally nicknamed the Big Durian and J-Town. Jakarta has a land area of 661 square kilometers, slightly smaller than Singapore, plus 6,997 square kilometers of seawater dotted with 342 small islands. It is the largest and busiest city in Indonesia. In 2018, more than 18 million vehicles roamed its streets every day, exceeding its 10 million population.

A window to the city’s past, Kota Tua (Old Town) is a neighborhood that keeps the story of Jakarta’s origin as the main port of Java in the 16th century. Under the Sultanate of Demak, it was named Jayakarta. After being conquered by the VOC in the 17th century, the name was changed to Batavia, a typical Dutch-style city guarded by fort, fenced by city walls, and divided by canals.

A legacy of its heyday, Kota Tua has dozens of colonial buildings, thus making it a main tourist attraction. Some of the old structures are now occupied by trendy restaurants and cafes, creating an attractive contrast between the past and the present. Kota Tua also houses some of the largest, oldest and most important museums in Jakarta, including the Fine Art and Ceramic Museum (former Court of Justice), Jakarta History Museum (former City Hall of Oud Batavia), Bank Indonesia Museum (former De Javasche Bank) and Bank Mandiri Museum (former Netherlands Trading Society).

Jakarta Kota Station, located at Kota Tua, is served by the KRL Commuterline from Cikarang, Bogor and Tanjung Priok, as well as by the intercity train from Semarang dan Surabaya.

Three of the most popular taxi operators in Jakarta are Blue Bird, Express and Gamya. Uber had ceased its business in Indonesia, but Jakarta still has two major online transportation companies which provide car and motorcycle rides: Go-Jek and Grab.