JIPFest (Jakarta International Photo Festival) team has held its first public campaign on Thursday, 17 January 2019 at Jakarta Creative Hub, in an effort to build awareness towards the event. The event also marked the commencement of the Road to JIPFest event series.

“Identity has always been an intriguing topic in photography. Moreover, in the last 20 years, everything concerning identity have triggered arguments and discussions,” said one of the speakers, Head Curator Firman Ichsan, about the festival’s theme. “We want photography to be a medium that highlights the burgeoning issue.”

Apart from photo exhibition, a highly-anticipated JIPFest agenda is Portfolio Review, a fairly new thing in Indonesia and involves selected high-profile photographers, editors and industry figures. Portfolio Review Coordinator Irene Barlian, another speaker in the campaign, presented the program to the audience.

“Will the festival be held annually? Will it be a regular program?” asked photographer Feri Latief, one of the guests. “What is your strategy to encourage public participation?” asked another guest from Kelas Pagi Jakarta photography school. As planned, the campaign event aimed to discuss questions relevant to the audience. From the amount of questions raised, the event showed public enthusiasm for JIPFest debut.

Program Director Ng Swan Ti explained the birth of JIPFest. It started with a casual discussion with Cristian Rahadiansyah, a journalist, followed by research and presentation to a number of photographers. The idea turned into a solid plan, and followed by the formation of JIPFest’s visual identity by Jippy Rinaldi, a designer.

Through professional and personal networks, the initiators then recruited creative people who are willing to work voluntarily to organize the festival. The team now consists of 36 members from various fields, including public relations practitioners, scholars, projectionists, writers and indie musicians. A series of meetings were then conducted to design programs relevant to both industry workers and general public.

Majority of the programs will be held in Taman Ismail Marzuki (TIM), the first modern cultural center in Indonesia, where many modern art experiments were hosted. Other programs are spread across public spaces in the Central Jakarta, especially places that have kept stories of Jakarta’s long history and multiple identities. Ultimately, JIPFest hopes for photography to be celebrated as a public language in the capital city.

Road to JIPFest continues with Curators Lab, a training program for curators; and a few other skill trainings for photographers who will take part in the festival. Road to JIPFest peaks on May 25, exactly a month before the festival begins. 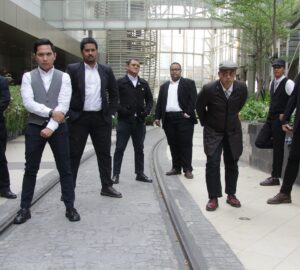