Jakarta International Photo Festival (JIPFest) presents four inspiring lectures exploring four different themes. Two of the sessions (July 4 & 5) are free for public, although we recommend visitors to arrive early due to limited seat capacity. The other two sessions (July 3 & 6) require entry tickets, which can be purchased onsite. For reservation, please contact us at ardiles.akyuwen@gmail.com or +62813-8585-0659 (Ardiles)

The Photo Book Who Cares by Teun van der Heijden
Although we live in a digital age, there is more attention to the paper photo book than ever before. The paper photo book represents solidity, something we can literarily hold on to. It is a tangible object and it has the aura of an original object. Thus, the contemporary photo book can be seen as a visual novel. In this lecture, Teun will reflect on the popularity of photo book. Explanation of his philosophy on photo book compilation and design will be interspersed with anecdotes on his collaboration with photographers and visual presentations of book projects that his agency, Heijdens Karwei, has designed.

About Teun van der Heijden
Teun is the co-founder of Heijdens Karwei, a graphic design agency which has produced numerous award winning photography books, including Black Passport, Diamond Matters, Latitude Zero, Inshallah and The Migrant. Teun is also a professor in Visual Design & Hybrid Media at the LUCA School of Arts and a faculty member of the International Center of Photography in New York.

Understanding Identity through Photography by Firman Ichsan
In 19th century, photography played a vital role in the social construction in the context of colonial perception. In the following century, as many nations fought for their independence, photographers produced images that described the formation of national identities. At the end of 20th century, issues concerning identity are considered as a remnant of the social construction of the colonial era. Beyond the realm of nations, identity is formed and deformed on an individual level, as seen on the form of gender selection among others. How does photography capture identity in its plural and dynamic forms, and at the same time enlighten our understanding of its complexity?

About Firman Ichsan
Firman Ichsan is the Head Curator of JIPFest 2019. He is the founder of Oktagon Visual Education & Culture Development Foundation, the Chairman of the Jakarta Arts Council (2009-2012), the Executive Director of Jakarta Biennale 2009, and the co-founder of Indonesian Arts Coalition. Currently, he teaches photography at the Jakarta Institute of Arts.

Photography as an Agent of Change by Shahidul Alam
The perceived veracity of photography gives it a power that is open to use and abuse. Politicians, religious leaders, advertisers, NGOs and humanitarian organizations all recognize and use photography to further their agenda. Photography has been used to expose corruption, to highlight acts of courage, to bring attention to the plight of the repressed. It has also been used to deceive the public, to wage war and to vilify the innocent. In an image-saturated world, where both social media and mobile phones give everyday people an unprecedented reach and ability to challenge authority and question mainstream media, photography is an agent of change, and perhaps the most powerful tool for social mobilization.

Curating Photography by Zhuang Wubin
This lecture is part of an attempt to record and make sense of experiences in curating photography in Southeast Asia. Zhuang will compare the curating experiences of Yudhi Soerjoatmodjo (curator of Antara Photojournalism Gallery from 1994-1999) and Manit Sriwanichpoom (who started curating a series of exhibitions since 2011, leading to the publication of “Rediscovering Forgotten Thai Masters of Photography” in 2015). As both of them started out as photographers, we will discuss what led them to curating? What did they hope to achieve? What were their approaches? Finally, what lessons can we draw from their experiences in curating photography?

About Zhuang Wubin
As a writer and curator, Zhuang focuses on the photographic practices of Southeast Asia and Hong Kong. His fifth book, Shifting Currents: Glimpses of a Changing Nation, features the work of Singaporean photographer Kouo Shang-Wei. As an artist, Zhuang uses photography and text to visualize the shifting experiences of Chineseness in Southeast Asia. He is an editorial board member of Trans-Asia Photography Review, recipient of the Prince Claus Fund research grant and a Lee Kong Chian research fellow at the National Library Board of Singapore (2017-2018). 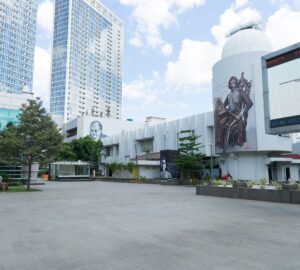 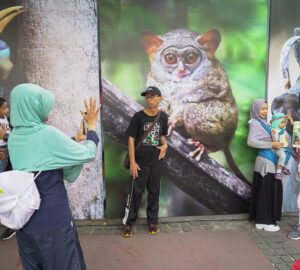 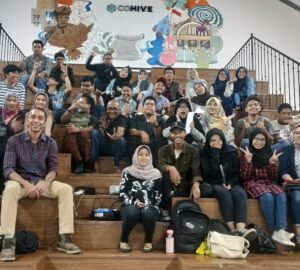